Professor Roxhana Rayes was the first female Egyptologist that the university ever took on as a member of staff. I know this because I read every article that mentioned her name. I spent my school years idolising her and poring over every book on Egypt I could get my hands on. And when I left school, she became the university’s first Egyptology professor to teach a class that included a female student.

And she was, without a doubt, the first woman I ever fell in love with.

I knew, right from the first time I saw her, that I had to have her. I had such sinful thoughts about her that I blushed every time I sat in her class, imagining my fellow students could somehow read my mind. But despite making my interest as obvious as I possibly could, it took four years – until I was researching for a PhD and she was my supervisor – before she began to let her guard down. We quickly became friends after that. I even met her ex-husband (I thought the fact that she was a divorcee was terribly exotic) and his wonderful partner Gareth, who cooked us a dinner of mushrooms I’d never heard of, stir fried with Eastern spices. But still, Professor Rayes pretended she didn’t see the way I looked at her, the way I undressed her with my eyes, the way I wore brassieres that lifted my breasts so they stuck out at her, or the way my nipples grew hard whenever she was around.

A part of me began to wonder if I was cursed to be forever longing after her. But that changed when we got to Egypt.

Being the only two women on the dig meant sharing a dusty, oppressively hot tent that stank so badly of the previous occupants it almost masked the odour of our own sweat. Roxhana and I worked as a pair, with a team of locals for the heavy work, and while the men in our group studied the more famous tombs we concentrated our efforts on deciphering the hieroglyphs at the resting place of one of Egypt’s lesser known queens.

And at night, we made love until we were both ragged and exhausted enough to sleep.

On the day we arrived, Roxhana told me she’d always loved me, that she wanted to wait until she knew for sure that I wanted her in the same way, that it wasn’t just youthful infatuation. I laughed at her declaration and told her to hold her tongue because there were far better uses for it.

Without another word, she began stripping me of my clothing. Each item she removed slowly, like it was some sort of ritual. As she slid my blouse down my arms, she stroked my bare shoulders, kissed my nipples through the lace bra. As she unbuttoned my trousers and rolled them down my legs, she caressed my sex through the damp silk of my knickers and made me gasp and nearly fall. She laid me bare like an offering on the altar to some ancient god of lust and took my virginity so lazily I could barely crawl inside my bed to sleep.

The next night, I showed her that I was no pushover. I rolled her on her stomach and licked between her buttocks until she purred and gripped the sheets so hard she tore them.

While we enjoyed each other for the third night, she laughed at my yelps as she clambered over me, biting my neck and rolling her light frame against my heavier curves. Her laugh was deep, rumbling and very dirty. You knew when Professor Rayes laughed that she was thinking carnal thoughts. Nothing else amused her.

“Do you know what the punishment would be if we were caught like this, Monica?”

I shrugged and ran a finger down her ribs, making her shiver. “Expulsion?”

“At the very least.” She looked up over my naked, glistening flesh, short dark hair falling about her face as she grinned a wicked grin. “Doesn’t that bother you?”

She hooked a finger inside my cunt as she kissed between my breasts, making me mewl and squirm, rubbing my sex against her calloused hand. I tensed as I anticipated her teeth clamping down on a nipple as they had done the first night, but she surprised me with gentle licks that made my nerves sing.

I sighed. “Yes, I am. Like an Egyptian goddess.”

Roxhana tutted. “Hardly complimentary. They had the heads of animals.”

“And I have the tongue of a snake,” I said, then hissed as I stuck it out, pointing the end and wriggling it suggestively. “A python,” I mumbled around the protruding organ.

She grinned, shaking her head as she looked up into my eyes. “My turn. Snake.”

As I giggled, Roxhana slid down my body, placing herself between my legs, and barely a moment passed before I felt the first touch of her mouth. I cried out, a high-pitched squeal that would have been the end of us had we been closer to the men’s tents. As it was, I didn’t care. I arched my back, pushing my vulva against her face as her tongue slid between my dewy petals and her lips fell against my clitoris.

I moaned as I tensed and slid against the soaked bedsheets, my body dripping with sweat, barely able to hold back after an hour spent heightening the excitement. She lapped at me mercilessly, a slow, steady rhythm that made every nerve in my body cry out for release.

When my orgasm crashed over me, I quivered and stretched, screaming her name at the top of my voice, begging her to stop, to let me calm down. Instead I felt her teeth nip my bud, sending me hurtling into a second climax that buried the first.

I felt her retreat, heard her groan as she stretched and the rustle of fabric as she started to dress. Reluctantly, I opened my eyes and watched her cover that beautiful ass with a pair of slacks that did nothing for her figure, then caught her eye and saw the triumph there.

But if I thought it was because she had conquered me, I was wrong.

She rolled her eyes. “The hieroglyphs. Well, the one we were stuck on. Get dressed! I want to show you the tomb again!”

“Nobody is as obsessed with hieroglyphs as you are.”

She ignored my comment. “It’s a vulva, Monica. Think about it, the shape, the surrounding pattern. It’s a woman’s vulva.”

I groaned, barely able to concentrate.

“Come along, Monica, this is the breakthrough we’ve been waiting for. Chop chop!”

With an effort, and a heavy sigh, I climbed off the bed.

Continue to the time-bending sequel, “The Queen’s Chambers“! 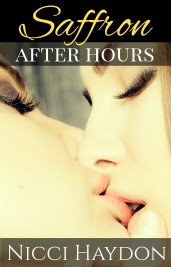 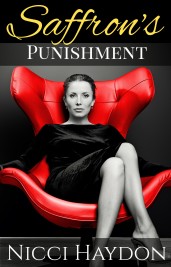 If you’re looking for more lesbian erotica, check out the index of free lesbian stories on my blog or my list of 14 places to find more girl-on-girl fiction!